An Update on OpenHydro

The Federal Court has issued another decision resulting from the bankruptcy of OpenHydro – once a major player in Nova Scotia’s instream tidal industry.

The decision dealt with a motion by one of OpenHydro's creditors, RMI, to sell a vessel owned by OpenHydro (the Scotia Tide), which has been arrested by RMI. OpenHydro’s lawyers argued that the motion should be dismissed, and the vessel released from arrest, because OpenHydro had commenced proceedings under the Companies’ Creditors Arrangement Act, RSC 1985, c C-36 in which a stay of proceedings had been issued by the Nova Scotia Supreme Court. Accordingly, at issue was whether the Federal Court should respect the stay issued by the Nova Scotia Supreme Court.

The parties relied on the decisions of the Supreme Court of Canada in Holt Cargo Systems Inc. v ABC Containerline N.V. (Trustees of), 2001 SCC 90  and Antwerp Bulkcarriers, N.V. (Re), 2001 SCC 91. Each of those cases arose in similar circumstances involving in rem proceedings in the Federal Court. The rules of law following from those cases was summarized by the Court in the OpenHydro case as follows:

The Federal Court’s maritime jurisdiction, once properly engaged by the commencement of the in rem action and the arrest of the ship, was not lost as a result of the subsequent bankruptcy of the shipowner. The Supreme Court also explained (at paragraphs 37 and 45 to 47) that the bankruptcy court had no power to deal with the vessel, which had already been captured by a competent order of the Federal Court, and further concluded (at paragraphs 48 to 53) that the bankruptcy court’s issuance of what amounted to an anti-suit injunction improperly attempted to restrict the Federal Court’s ability to exercise its jurisdiction. The Supreme Court noted in conclusion (at paragraphs 54 to 55) that it was open to the Federal Court judge to enter a stay if he considered it appropriate to do so.

In this case, the Court concluded that despite the outcomes in Holt and Antwerp decisions, it was appropriate for the Federal Court to exercise its discretion to enter a stay of proceedings and defer to the Supreme Court of Nova Scotia. The Court reached this decision because it was not satisfied that RMI would be treated unfairly or would lose any juridical advantage if the Federal Court proceedings were stayed in favour of those in Nova Scotia:

[71]  I note that RMI does not argue that the substantive law, which would be applied by the NSSC if it were adjudicating the claims and priorities of the maritime creditors, would differ from that which would be applied by the Federal Court. DP World does take such a position, but it is not able to identify any supporting authority. In my view, this point represents a factor which significantly distinguishes this case from the circumstances in Holt. As previously noted, the plaintiff in Holt had the benefit of a maritime lien for the supply necessaries under US law, which lien was available to it under the Canadian conflict of laws principles applied by the Federal Court, but it would have been deprived of that lien if its claim were adjudicated by the Belgian bankruptcy court. The parties have not identified any basis for a similar concern in the present case.

The Federal Court was also influenced by the fact that the bankruptcy proceedings in this case were ongoing in another Canadian court, not a foreign one:

[39]  One obvious factual difference is that the bankruptcy in the present case, at least insofar as it relates to OHTC, arises in a domestic context, not an international one.

In summary, Canadian courts are inclined to cooperate with one another. Although the Federal Court refused to issue stays in the Holt and Antwerp decisions, those cases arose in the context of international bankruptcies. Where the bankruptcy court is Canadian, litigants can expect the Federal Court to be more comfortable in deferring to that court.

The case can be found here: https://decisions.fct-cf.gc.ca/fc-cf/decisions/en/item/365938/index.do 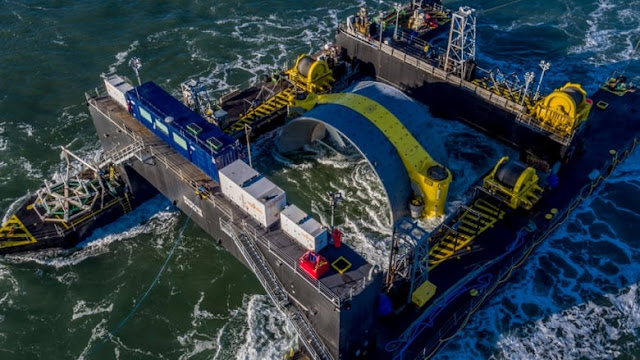