The case is relevant to ship agents who frequently incur expenses on behalf of their ship-owner clients.

The facts are simple.

The Federal Court rejected this argument and concluded that Nirint is entitled to be reimbursed by Mega Trophy. It stated that:

[46]  To the extent Nirint did not have clear instructions to pay the disputed invoices, its duty in the circumstances was to take reasonable steps to protect the Owners’ interests. The Owners had identified these interests as clarifying the final balance, securing supporting documents for the Owners to be able to process the charges and ensuring that the vessel could leave without delay.

[47]  As a ship agent, all that Nirint could reasonably do to try to stave off an arrest, short of guaranteeing full payment, was to raise the 30 day payment terms and to offer to put the disputed amount in trust pending later resolution. Nirint failed to do the former, but did do the latter.

[48]  The Court is satisfied that Nirint was not negligent, and did not cause damage to the Owners by failing to raise the 30 day payment terms with Groupe Ocean or its lawyer.

[49]  Nirint’s mandate was that of a ship agent, not that of a legal advisor. While it is true that the Owners’ P&I representatives had raised Groupe Ocean’s 30 day payment terms, their advice on the matter was limited to a suggestion that Groupe Ocean “should” not take action. The Owners could not reasonably expect Nirint to assess the lawfulness of Groupe Ocean’s proposed arrest of the vessel or the adequacy of the Owners’ recourse in the event of an unlawful arrest. In any event, given Groupe Ocean’s refusal to accept payment in trust, the Court is satisfied that raising the 30 day payment terms would have been equally ineffectual in ensuring that Groupe Ocean would not act upon its threat.

[50]  The Court further finds that Nirint did not act negligently and did not cause loss or damage to the Owners by failing to take into account clause 7 of Groupe Ocean’s initial proposal, requiring that prior written estimates be submitted for additional work. Assuming, but without deciding, that the effect of that clause is to invalidate Groupe Ocean’s claim for the additional work, the existence of that clause was not raised by the P&I representatives or by the Owners. Nirint was not required or expected to comb through the contractual terms of Groupe Ocean’s initial proposals in search of legal justification to pay or reject the invoices.

[51]  Once it was clear that Groupe Ocean intended to arrest the vessel unless it was paid, Nirint’s only choice to carry out its mandate was to pay the invoices to avoid the arrest, and to collect and provide to the Owners the usual documents to support the charges: i.e., documents of a nature to establish that the charges related to work that was actually performed. This, Nirint did. The Owners have not questioned, let alone established, that the additional work was not performed, was unnecessary, or that the amounts charged were excessive.

[52]  The Court is satisfied that Nirint’s payment of Groupe Ocean’s invoices was a reasonably incurred expense in carrying out its mandate. Given that conclusion, it is unnecessary for the Court to consider the argument of unjustified enrichment. 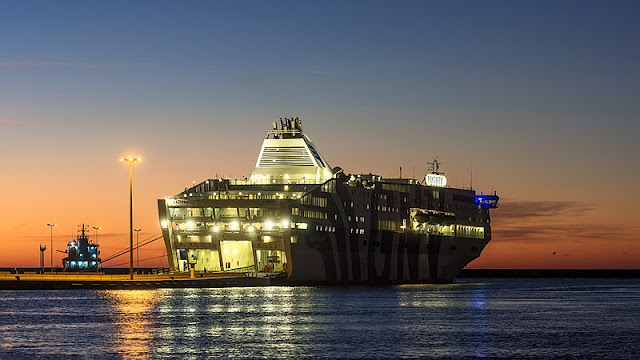